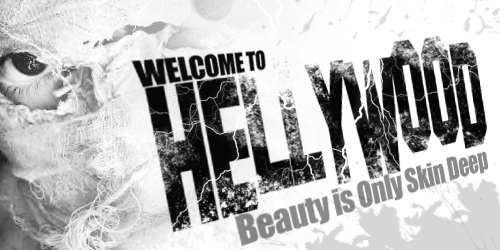 “No bids?! My best years may be behind me, but what the fu-” your voice cracks with impending puberty.

Oh god no! Not puberty again, you think to yourself, I can’t go through this again. Anger, desperation, and frustration all wage war within you, leading you to drastic actions. A worn leather chair sits at the next cubicle over. You slide the chair over to the computer with eBay pulled up and sit down in front of the computer. Drawing again on your vast array of acting knowledge, you begin to channel your inner “hacker."

How hard could this be to hack? His password has to be something like soullessbastard or shallowcelebrity. Neither of those work. On the off chance you type p-a-s-s-w-o-r-d. The screen flashes and you have access to Dr. Skin’s personal eBay account. That was way too easy, you think. Undaunted, you push forward, scrolling through some of the evil doctor’s other auctions: a Baywatch actor, a has-been or two, and look! here’s an actress with multiple adopted kids. That sure explains the newly anorexic-looking body… but, yours isn’t there!

You logout and go back to the first page displayed, the one that had your skin for sale. There is no name on the auction, no registered seller. Sneaky bastard, Skin! The only way it seems that you are going to get your skin back is to bid on it. There is no way you can hide here for ten days to bid on it though. Using your own eBay account, you put in a bid for two million and one dollars. That done, you head towards the door, preparing to look for an exit. It is time to find a safer place to bid. As you reach for the door, you hear the computer ding behind you. When you get back to the desk you find that there is a competing bid for three million.

You’re a little shocked someone actually wants your skin as you enter your new bid for a dollar more. Seconds later it dings again, four million. Again you enter a dollar more which is the top bid for a millisecond, until the bid increases to five million.

At this rate you will have used all of your last big paydays in just a couple more bids. You look for who your competition is. The account name says DWTSBergeron. The name sets off alarms in your head. Dancing With The Stars? Aren’t they always looking for washed-up has-beens trying to reclaim their former glory? Why would he need my skin? Does he have a host for it?

“Shit, shit, shit.” Eight million and one dollars. You are nearing your last bid.

Ding – nine million. A couple quick key strokes and it’s nine million and one. You have nothing left if it dings again. One minute, then two, then five pass. Relief washes over you as you realized you’ve done it! You stand and head to the door again, but just as you step out into the hallway, you hear it, the sound of your skin being sold to someone else.

“Oh fuck,” You shout as it dawns on you that you have just stepped into public looking like the most recognized face for girls under the age of 15. As if it was a call to arms, teenage girls pour out of every store, house, and vehicle in sight, and they all have their sights set on you. Like a knight riding over the horizon, a yellow taxi appears at the corner ahead of you. Using your new found youth, you sprint to the taxi; throwing open the door, you dive in, screaming at the cabbie to lock the doors.

“Yes, right away Mr. Bieber. Oh just wait until I tell my daughter who I picked up today. She will never believe me!” The cabbie responds.

“Sure, sure, just get me out of here and I will sign autographs and take pictures.”

“I do not appreciate that, Mr. Beiber. I don’t think you want to walk -- Oh my God! What is wrong with your face?” The cabbie asks. His face is curled into a grimace. You look into the rearview mirror. Half of your face looks as if it is melting away.

“Nothing, just get me to that studio!”

The rest of the trip to the studio is a blur as you pull at your skin, trying secure it back into place, trying to make it look normal. When you arrive at the studio you look as if you have aged fifty years in the last ten minutes. You throw a wad of bills at the driver and storm into the studio. The Dancing With The Stars stage is to your left. You don’t make it more than two steps when you feel your nose slide right off your face. Michael Jackson has nothing on you as more pieces start to slide off your body. By the time you reach the doors to the stage, there is very little left holding you together.

The door swings open as you reach for the handle. There in front of you stands Tom Bergeron. He shakes his head at what is left of your body.

“You should have listened to the nurse,” he says.

“What? How do you know about the nurse?” you gasp as you fight for breath.

“Where do you think I find most of my clients for my little side business? All the has-beens and wannabes want to be on this show.”

“Dr. Skin?” You ask, just before the blackness engulfs you.

THE END.
Oops...RETURN TO CHAPTER 4
Posted by ChooseOrDie at 6:30 AM