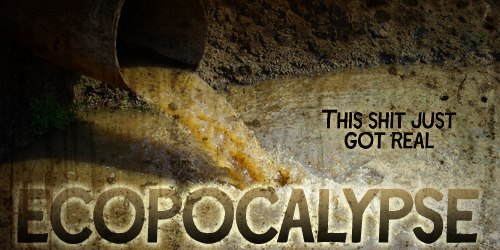 So in the Monopoly game of your no good, very bad, shitastic day, you’ve just managed land on “Go to Hell”; go directly from potential savior to dead man walking, and do not collect $200. You’re pretty much fucked, but you’ve come too close to solving this thing to give in, now.

“This is alright. This is fixable. I’ll just hop on a flight to D.C. and talk to this Artie character. I’m sure I can show him the new shitbox and convince him to let me fix this. I mean, I’ve given speeches to rooms full of billionaires and scientists--and billionaire scientists, of which there aren’t very many; I can convince some second-tier Jefferson Smith to--” Your spiel is interrupted.

“He’s actually on his way here.” Sneedon’s interjection is weighted heavily in condescension.

This information kind of kills your zeal for confrontation; you won’t have nearly enough time to prepare for the meeting, but that shouldn’t be a problem… because of the earlier thing about all the speeches--billionaires, etc--that really had a lot more pop when it was coming from you a few moments ago. That doesn’t matter now. What does matter now is that this jackass is coming to get you and probably plans to make use of pomp and circumstance to parade you around in front of big crowds, to make sure everyone knows “we” are committed to international diplomacy, even if it means throwing you--their potential hero--to the proverbial lions (you assume the lions would merely be proverbial, but who really knows?).

Sneedon eagerly returns to the room, after having exited toward a private conversation, “Artie is going to meet with you right upstairs. There’s a nice conference room up there for you two to try and come to some kind of an agreement, okay? I’m really pulling for you to get out of this.”

You try to slowly walk out of the room and make your way toward the elevators, but Sneedon is really pushing you along. Maybe he wants some alone time with Madge? You could tell him he’s barking up the wrong vagina, there, but it’s always more entertaining when they find out for themselves. You barely have time for parting remarks before he’s ushered you into the elevator and you’re back to the solitary confinement of one of these moving boxes. This elevator differs greatly from your own, though; it’s littered with fliers and the air is smothered by that damn Muzak… and the torturous dinging. How any of these CDC bastards can get any thinking done is beyond you.

Following your dreadful ride up 18 floors, you exit Dante’s infernal elevator to a dark, cavernous corridor, and you’re carrying an even emptier head. Sneedon rushed you out of there so quickly, and the elevator ride was so hellish, that you’ve not managed to prepare a single coercive word for this Artie fellow.

I’ll wing it; piece of cake.

Your thoughts have returned, but they aren’t quite as helpful as you would have hoped. Nevertheless.

Your feet chirp against a clearly government-issued linoleum, as you struggle to make your way toward a single light at the end of the seemingly abandoned level of this building. With every step, your knees grow weaker, your stomach churns tighter, and each breath of the cold, medicinal air reaches ever heavier heights. There’s something wrong here. Wouldn’t Artie have security guards? Shouldn’t Secret Service members be frisking you harder than a horny TSA agent, right about now? This isolation doesn’t make any sense. Then it hits you; Admiral Ackbar is screaming out from the mind of the childhood movie marathons you and Madge used to have on rainy weekends: this is a trap.

You turn for the elevator, but it’s too late. There, amidst the silence that permeates everything that isn’t you, barks the smallest crunch of splintering glass. There is to be no pageantry to your death; you will not be paraded across the world’s stage to appease the chattering crowds of a global lynch mob. Your demise is a relatively uneventful one; an assassination carried out by some Jack Bauer wannabe from the roof of some adjacent building. He’s probably not even occupying his carefully chosen perch, anymore. No, he did his duty, and now you’ve been left to ponder what could have come of your plan to save the day, as your shoe lets forth a final chirp against the cheap flooring, and you stumble into the light.

Posted by ChooseOrDie at 1:03 PM